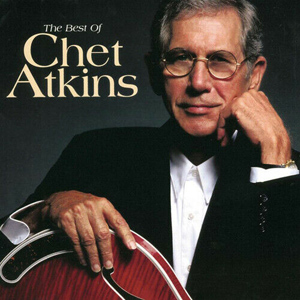 THE TWO most dominant figures in the Nashville, Tennessee, music scene – a scene noted for loud noises – are QUIET men. Chet Atkins, we ...

Nashville: The Town With The "Fresh Sound"

It started with Grand Ole Opry ...

WHEN ELVIS Presley recorded 'Heartbreak Hotel', the record that launched him to adulation level in Great Britain, he really tore the studio apart. ...

FOR ALL that Country and Western hopes nothing will change, its heroes die horribly fast. ...

I OWN TWO albums by Chet Atkins, both of which are old and scratched. One features country picking and the other is titled Chet Picks ...

HE WASN'T the most accomplished guitarist in country music. There were those in Nashville who could fashion half a dozen great licks in the time ...