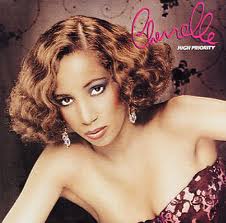 Despite a frustrating and depressing stint in Los Angeles, Cherrelle stuck to her guns and is now enjoying the success she fought for. ...

"Cheryl Is Boring... Cherrelle Has More Spunk To It"

MID-EIGHTIES Soul-By-Numbers can be so tiresome. You'd have to be a dolt to think that more than 20 per cent of today's claptrack claptrap merchants ...

ALTHOUGH THE two artists performed separately, their recent hit as a duet, 'Saturday Love', and other common features of their careers, made this a sensible ...

IN THE LATEST edition of Monitor, Chris Stubbs suggests that soul music's fading calling card is now sex music. And it's certainly true that the ...

THEY PACK 'EM in down Croydon way. A brace of shows by the Tabu twosome, no less, proving that Saturday love really stretches this far ...

CHERRELLE's dream of soul stardom has come true, thanks to the trans Atlantic success of 'Saturday Love'. PAOLO HEWITT tunes in and turns on. ...

"Sorry Lionel, but right now, we're busy with The Human League..." To turn down a job with Mr Richie these days you'd have to be ...