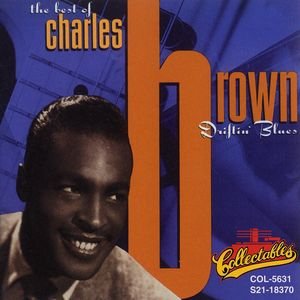 THERE ARE a lot of ways to tell when it's time for Santa's sleigh to make its annual orbit. In black nightclubs across the country, ...

"PEOPLE WHO come to see me play say, 'Are you Charles Brown or are you his son? After all these years, you should be walking ...

The Rebirth Of Charles Brown And His Blues

A resurgence of interest in a big man of the post-World War II era ...

Charles Brown: His Blues Get a New Audience

Comeback: The low-key, urbane music of veteran singer-pianist Charles Brown fell out of favor during the rock era, but he is winning new fans opening ...

Jazzin' the Blues with Charles Brown

Sneaking something extra between those three chords ...

Good Grief: Charles Brown's Up for a Blues Grammy, but He's Not Really Playin' the Blues

FOR A MUSICIAN with a Grammy nomination for best traditional blues album of the year, pianist/vocalist Charles Brown is quick to say he is more ...

THE MAN locking eyes with you from the cover of Charles Brown's last album is the kind of rogue so elegant he barely cocks his ...