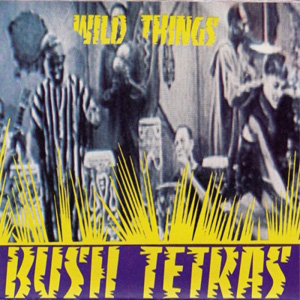 Greetings from NYC: My Week As A Worm In The Big Apple

AS LUCK would have it, my plane ticket to New York City's JFK Airport is open and coincides with the two major jawing topics obsessing ...

Sons and Daughters of No New York: Bush Tetras

The Bush Tetras: Outsiders in a Sexual Jungle

Meet the Bush Tetras They're a New York rhythm and paranoia band. ...

BUSH TETRAS will be a New York legend. They steal/save/ARE the show. They pile disorientating meditative repetition upon sparse improvisation upon tangled rhythms upon inscrutable ...

A pot pourri of personal insights into the galaxy of artist-centered independent labels, including a sample (sampler?) of the latest bumper crop. ...

Bush Tetras: Beatin' Around The Bush

THE LATEST trio of ROIR cassettes expands the label's category of historical documentation – a division which offers some excuse for the fact that Reachout ...

AH MANHATTAN, so much to answer for – and so in vogue as a rock metropolis after decades as a Hip Hop Mecca. Yes New ...