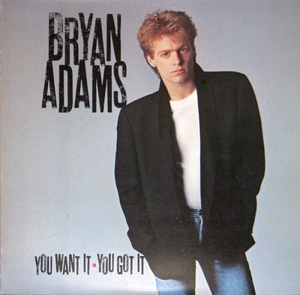 Review by Laura Fissinger, Creem, May 1983

IF THIS were a CREEM feature story, the boldface headline would plead with you thusly: CAN YOU IGNORE THE PAIN IN THIS FACE? BRYAN ADAMS, ...

IT IS WITH some horror that one realises that Bryan Adams had chosen to call his current LP Reckless. Implied tributes to Go-Discs' second most ...

Bryan Adams: The Life Of Bryan

MOST OF THE stories about Bryan Adams tend to emphasise how ordinary the guy is. Like the one about an occasion in New York two ...

THE BIRTH OF ROCK & ROLL WAS A messy business. With an instinctive need for communication that just couldn’t wait for formal language, the baby ...

The music editor at Rolling Stone thought I was kidding when I pitched a cover story on him. The guy at the Sunday New York ...

Everything He Does: Bryan Adams