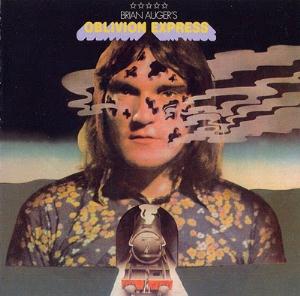 ONE OF THE album events of the year featuring two of Britain's more talented artists, organist Brian Auger and singer Julie Driscoll. Everything about it ...

Brian Auger: DANGER: All Our Groups are Going Abroad

GREAT NEWS for all diggers of Britain's most power packed duo this week, as Brian Auger and Julie Driscoll finally crack the chart problem. ...

Brian Auger: Fear Not For The Trinity!

QUESTION – What happened to Brian Auger, Julie Driscoll and the Trinity? Answer – a lot! ...

Giorgio Gomelsky: The Man Who Sold The World

Giorgio Gomelsky was a pioneer of British rock in the sixties. In the second part of an interview with MM he talks about managing Brian Auger and Julie Driscoll and his ...

BRIAN AUGER has been stomping round the commercial radio stations as part of his duty in promoting his latest album Straight Ahead by the Brian ...

THERE IS A certain sector of the rock audience — very young and overstimulated — that cares little about what the group onstage is accomplishing ...

AS REUNION albums go, this is considerably better than The Byrds' album, Booker T and the MGs', The Small Faces' or The Animals', but that's ...

Brian Auger: Back From Oblivion

BRING UP the subject of jazz-rock fusion, and for sure Brian Auger will be one of the first names you think of. Over the past ...

TELL YA, MAN... it's gettin wackier. The last gig I caught was on a Sunday nite... which I thought was a low traffic time to ...

IT WAS ONE of the most memorable hit singles of the late 1960s, an hypnotic, walking bass led swirl through an unreleased Bob Dylan song, ...

Whatever happened to the Driscoll-Auger Trinity?

IN AN AGE awash with supergroups, the 1960s combination of singer Julie Driscoll with Brian Auger and his Trinity was poised to become the most ...