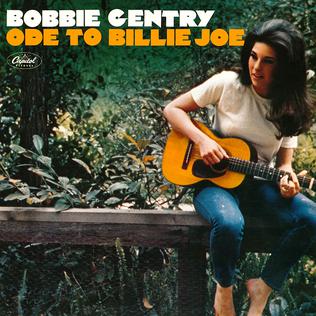 WHO KILLED Billy Joe McAllister? Or did he jump? What was thrown off that bridge? And why? These are just some of the questions raised ...

Bobbie — On The Tallahatchee Bridge To Fame

AND STILL Bobbie Gentry won't let on. Pestered persistently at a reception in her honour (it took up a fair whack of her 36-hour stay), ...

Albums from Blue Cheer, Bobbie Gentry and the Human Beinz

STANDING around, waiting to meet Bobbie Gentry, I glanced through the two press handouts about her. ...

BOBBIE GENTRY has written so many songs she's lost count. Maybe around two hundred. Since she's constantly travelling to various countries (as well as moving ...

A 23-track set that further mystifies the story of the songwriter behind 'Ode To Billie Joe'. ...