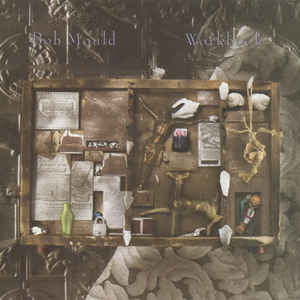 IN A ROCK 'N' ROLL world seemingly littered with spandex sheep, Bob Mould is a definite character, from his solid, Midwestern farmboy semi-crew and lumpen ...

Report and Interview by Jim Sullivan, The Boston Globe, 19 August 1988

FOR THE BETTER part of the 1980s, Husker Du was the leading light of the American rock 'n' roll underground. The Minneapolis-based trio came crashing ...

Bob Mould: Out of the Warehouse

Profile and Interview by Mark Cooper, The Guardian, 21 July 1989

DESPITE THE flood of veterans currently patching up ancient quarrels for one last sack of ancient dollars, divorce rather than reconciliation remains the common fate ...

Bob Mould: Raining in my Hart

CLAWING THEIR WAY INTO THE '90S, BOB MOULD & JELLO BIAFRA EXPLORE THE PERSONAL & THE POLITICAL ...

After the candy-coated calm of Sugar’s Copper Blue comes the breeding, howling storm of Beaster. And the man at the helm, Bob Mould, ain’t about ...

Bob Mould wants to kill off his Frankenstein monster

Report and Interview by Jim Sullivan, The Boston Globe, 20 September 1996

IF ALTERNATIVE ROCK is Frankenstein's monster, Bob Mould is Dr. Frankenstein. One of 'em, anyway. Or so he feels – although he's far less guilt-ridden ...

KURT COBAIN WAS a wonderful musician, but the combination of a best-selling record, a tabloid marriage and a lurid suicide inflated his reputation all out ...

THE MEAN FIDDLER is thick with black T-shirts, shaven heads and heavy spirals of smoke — from onstage behind Bob Mould and the cigarettes being ...