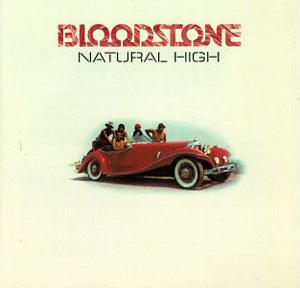 IF THE reaction to Bloodstone's first London appearance – at the Rainbow Theatre on a recent Soul concert – is anything to go by, then ...

THERE'S BEEN a growing flood of black American artists to these shores over the past few years, and more and more of them have decided ...

WITH THE Curtis Mayfield/Bloodstone show, the Rainbow Theatre proved conclusively that the Albert Hall has lost its place as the capital city of bad acoustics. ...

May I shout in your ear? The word is Bloodstone: no, not Bloodrock, Terry Knight's horror, nor my kind employer, the British Mr. Blunstone, but ...

THE MORE I listen, the less I understand. A year ago Bloodstone was just one of any number of black groups who could excite a ...

WOULD YOU believe that it's six years since Bloodstone hit the world's record charts with their haunting 'Natural High' ballad – probably one of the ...

Mike Vernon: Beyond the Blue Horizon