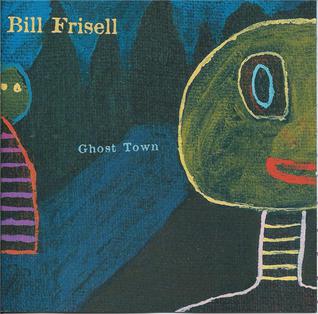 Country used to be a music of the dispossessed. If you look hard enough, you'll find it still is. ...

BILL FRISELL IS the Clark Kent of the electric guitar. Soft-spoken and self-effacing in conversation, he apparently breathes in lungfuls of raw fire when he ...

SEATTLE'S MOST incendiary and intriguing electric guitarist has nothing to do with that city's rock scene. ...

Guitarist Bill Frisell is the cowlick on the towhead of American music. In his most signature mode, he favors a languorous, spacious sound that combines ...

Let your fingers do the talking

Interview by Richard Williams, The Guardian, 2001

Jazz guitarist Bill Frisell has worked with everyone from Chet Baker to Marianne Faithful. So why start taking lessons now? Richard Williams met him ...

WITH BLUES DREAM (Nonesuch), an album that interprets the blues as the foundation for jazz, bluegrass, Thelonious Monk, soul, Western Swing, heavy metal, and other ...

Profile and Interview by Richard Williams, The Guardian, 17 July 2010

Admired by Radiohead, friend of Godard, Manfred Eicher is the founder of ECM, one of the most successful jazz labels in the world. He tells ...