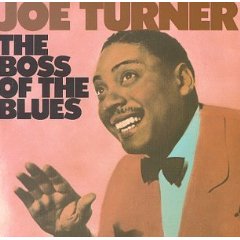 THE ALAN Freed "Rock-n-Roll" Ball held at the St. Nicholas Arena, New York, on Friday and Saturday nights, January 14 and 15, had to be ...

IN 1967, ARETHA Franklin moved from Columbia to Atlantic – in what soon proved to be one of the most important moments in the history ...

IT'S TAKEN Phillips a long time to get around to issuing this superb album, probably the only genuine spontaneous blues jam ever commited to wax. ...

If you're a living blues master, are you better off dead? ...

LAST WEEK we lost Big Joe Turner: he died in California at the age of 74 after decades of contributions to the popular music of ...

SHOW BUSINESS is full of Kings, Queens, Counts, Dukes, and even a Boss, but high above all the royalty shines the real Boss Of The ...