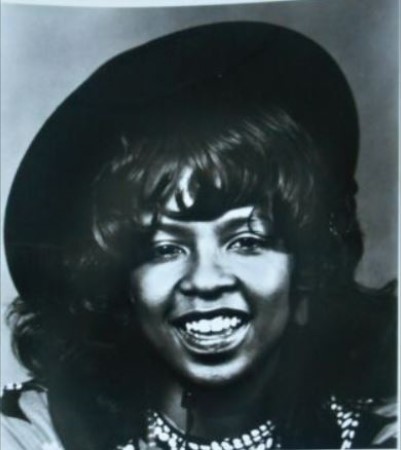 Ms Wright on her upcoming live album (and road band); how her daughter has changed her life; her latest album This Time For Real; the freedom she has on TK Records to do what she wants, and her upcoming recording plans.

WHEN ATLANTIC recommences battle in this country following the switch from Polydor to Kinney's distribution, one of the records that will receive maximum support is ...

Betty Wright: I Love The Way You Love (Alston)

SOMETIME LAST spring, a single appeared called 'I Love the Way You Love'. One of the people I live with bought it; she said, "This ...

George McCrae, KC And The Sunshine Band, Little Beaver, Latimore, Betty Wright, Clarence Reid... They're all hot and they're all from Miami, the city that's ...

Betty Wright: Do Me Wright

BETTY WRIGHT IS, as they say, a lot more than just a pretty face. She's also got a voice that's stacked with burning southern soul, ...

Betty Finally Cleans Up In Britain ...

FOR EVERY successful sound, there always has to be a pioneer. For Motown and Detroit, I guess it was Smokey Robinson and the Miracles; for ...

AFTER SEVERAL year's of British release through President Records, earlier this year Henry Stone's Miami-based TK conglomerate switched outlets to RCA who have ...

The Rhythm & Blues Gospel According To Betty Wright

NEW YORK — Just a few years back, Betty Wright was a candidate for Aretha Franklin's Queen of Soul crown. But now the brassy singer ...

Betty Wright: The Final Ascent To Those Dizzy Heights

David Nathan gets up-to-date with the lady and prophesises big success for her in coming months ...

Betty Wright: In The Wright Place

Betty Wright: This Time For Real…

The "Clean Up Woman" cleans up — a report by John Morthland ...

This is a transcription of Cliff's audio interview with Betty. Hear it on the site here. ...

Thirteen years on in her career, Betty Wright has finally begun to gain acceptance outside of just R&B circles. David Nathan reports... ...

Betty Wright: Getting It Wright

BETTY WRIGHT is back with 'Pain', but she doesn't feel any because she's got religion. Frank Owen is in two minds. ...

"SOME PEOPLE THINK it's an untouchable subject, but I like to touch the untouchable," says Betty Wright as her organic roots funk Betty Wright: The ...

All the Wright moves as a soul star revisits her roots. ...