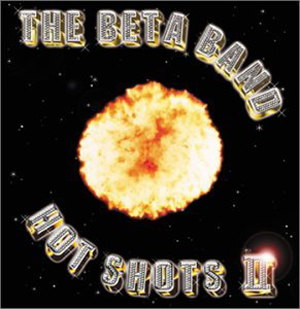 THE BETA BAND are an awkward bunch of ne'er-do-wells. It takes roughly thirty seconds after sitting down with the acclaimed London-based four-piece to discover this.  ...

The music biz may be salivating over THE BETA BAND'S thrilling musical pot-pourri but the music biz can go whistle as far as the Beta ...

Take an explosive mix of the Primals, The Verve and Billy Smart and, voila!, THE BETA BAND: proof that UK music is fighting fit and up ...

Things can only get Beta

Where the four-piece pop group goes to die, there lurks the Beta Band. ...

ON ENCOUNTERING a would-be interviewer who'd just been robbed of all his pound coins by a renegade parking meter, the Beta Band of a couple ...

Report and Interview by Dave Simpson, The Guardian, 8 May 2006

Steve Mason, the former Beta Band frontman, should have been on tour this week. Instead, he's quit music — and disappeared. By Dave Simpson ...

An Interview with Steve Mason

DE: Tell us about your latest projects. ...