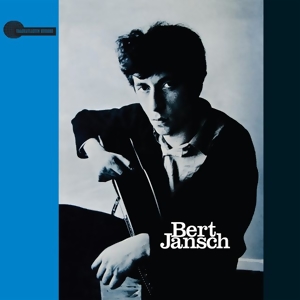 The folk guitar wizard talks about being the subject of biography and documentary; the revival of interest in '60s folk; his most recent recordings and his upcoming planes.

Jansch — 'Don't Ask What My Message Is'

BERT JANSCH is one of the newer crop of folk singers who have spurned the more traditional forms for something approaching a pop-folk style. ...

Bert Jansch: One of the Roving Kind

THE SCOTS Hoose is a pub in Cambridge Circus. But if you go upstairs any Tuesday evening, you might as well be a million miles ...

BERT JANSCH has always been an interesting performer, and he has been the nearest thing Britain has had to offer to compare with the crop ...

TAKE ONE of our most introspective folk singers and put him alone on a stage for nearly three hours. It sounds like madness, but when ...

BERT JANSCH'S music has matured into predictable shapes. The combination of traditional and self-composed songs which makes up the major proportion of his repertoire, the ...

'Bert Jansch? Not Still Going, Is He?'

Certainly he is, still alive and well and producing records; rumours of his retirement have been exaggerated. ...

NOW THAT Bert has returned from the Continent, where he has been touring these months and more, he will have to find somewhere else to ...

WITH THE audience for folk music in a state of steady and seemingly irreversible decline, appearances by Bert Jansch seem to have become ever fewer ...

MUSIC COMMENTATOR Colin Harper once wrote that Bert Jansch, on a scale of one to 10 in terms of popular notoriety, probably would come in ...

Anne Briggs: In Search of the Wild Rover

Richard Thompson wrote a song about her. Jimmy Page unplugged on her account. Singers from June Tabor to Kate Rusby revere her as the queen ...

Report and Interview by Colin Harper, The Independent, 23 June 2000

"MY INTEREST IN ALBUMS usually wanes around this point," says Bert Jansch, 57 this year and, for all the outward appearance of a man who ...

Bert and my Book

CURRENTLY HOT on the heels of Miles Davis, Jimi Hendrix and Johnny Cash as an individualist icon of 20th Century music – name-dropped as an ...

THE PROBLEM with so many virtuoso musicians is that their technical skill impedes the act of communication: it becomes the focus of all the attention, ...

Complete draft of the feature originally published in The Wire 276, Feb 2007 ...

Bert Jansch: A Modest Man with an Immodest Talent

"REMEMBER ASKING Bert, 'When you were doing it, did you know that you were like … heavy? Heavier than all those bands that were heavy? ...

Bert Jansch: On The Road So Long

IT'S DIFFICULT TO imagine a musician of Bert Jansch's standing and talent ever being taken for granted. But back in 1990, save for the attention ...

IT'S DIFFICULT to imagine a musician of Bert Jansch's standing and talent ever being taken for granted. But back in 1990, save for the attention ...