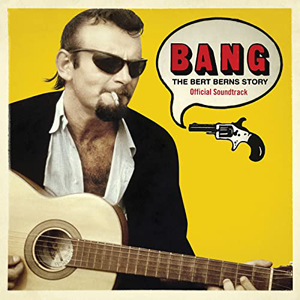 Bert Berns: The Soul Man with a Huckster's Heart

HE WAS, said Jerry Wexler, "a paunchy, nervous cat with a shock of unruly black hair". He looked like a vaguely disreputable cross between Gene ...

Cry to Him: The Dark Soul of Bert Berns

In these two excerpts from Joel Selvin's splendid new biography of Bert Berns, the soul hustler from the Bronx oversees the 1961 session for Solomon ...

Here Comes The Night: The Dark Soul of Bert Berns and the Dirty Business of Rhythm & Blues by Joel Selvin

AMERICAN POP MUSIC from the no-man's-land after The Day The Music Died (Buddy Holly's fatal 1959 plane crash) and before the arrival of the Beatles ...

'Sloopy' Hangs On: How a Latin-R&B Song Became a Pop-Rock Anthem

Bert Berns: The Ecstatic Agony of a Producer/Songwriter

The Rock Hall member behind such classics as 'Brown Eyed Girl,' 'Twist and Shout' and more. ...