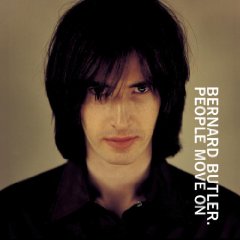 When his father died last year, Bernard Butler used his guitar to assuage his grief. Now Britain's most important guitar hero since Johnny Marr has ...

HE'S A DIFFICULT bugger, everyone says so. David McAlmont said so, as he walked away from a potentially chart-topping partnership, complaining the guitarist was ...

Bernard Butler: He Won't be Suede

Since leaving Suede in 1994, Bernard Butler has taken the battering of his life just for being "different and eccentric". But the strong and silent ...

IT'S BODY LANGUAGE that gives the game away as much as anything. The way he wears his fringe over his eyes, like he's saying "You ...

BERNARD Butler’s had a bad back. According to his osteopath, he has songs hidden in his shoulders, "He’s really lovely, a natural healer. Guitar posture, ...