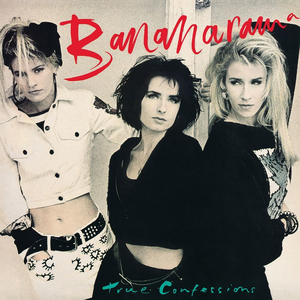 CAST YOUR eyes to the right. You know the gents. That's a walkover. It's the Fun Boy Three. ...

NEW YORK — Bad puns by silly reporters should have been the worst problem the tempting British trio called Bananarama faced during their first trip ...

ON THE surface, these two records seem to have a lot in common. Aside from the fact that the Funboys helped to get Bananarama together ...

Just how different are they? Neil Tennant puts the girls through that terrifying ordeal — being asked the same questions separately. And here's the answers. ...

HEARING MY fickle cad of a friend freely admit that he was throwing the Go-Go's over for Bananarama on the basis of one import single ...

Bananarama: We All Broke Down And Cried

The last eight months have been a "nightmare" for Bananarama. Ian Birch finds out what went wrong. ...

WHACKING THROUGH the poster-rack at Woolworths. Staring back at the faces of the semi-famous packaged like slabs of bacon. ...

BANANARAMA CAN'T BE bothered to raise their voices; it's just not worth it. The attitude is cool deadpan, the image is ye'-ye' girls with a ...

"Who steals my purse steals trash, 'tis something, nothing; 'twas mine, 'tis his, and has been slave to thousands. But he who filches from me ...

Who the hell do BANANARAMA think they are?

You nip into the studio, warble a bit, nip out and embark on a fresh round of televised formation-jigging, giggling press encounters, hazy photo opportunities ...

Ten years on from their ramshackle beginnings, BANANARAMA are the most successful female pop group in the world. They've got wit, flair and great shoulders. ...

After the gold-disc rush of SAW, BANANARAMA are doing the Dobbie, rediscovering Youth, preparing for their tenth anniversary as The Greatest British All Girl Group ...

So Mel C thinks Geri H is untalented, does she? When girl bands break up, says Caroline Sullivan, the pops get personal ...

They still bristle with a pop energy born out of total conviction. ...