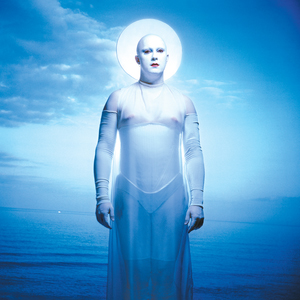 FESTIVALS HAVE a way of sorting out the truly great from the merely watchable, and so it proved at the weekend's Latitude event. ...

Antony and the Johnsons

TRANSCENDENCE IS a goal in so much music - so much art - that it feels too easy, too common. Maybe that's because contemporary "transcendent ...

WHEN ANTONY and the Johnsons' I Am a Bird Now won this year's Mercury Prize, he brought a world of outsiders into the light. His ...

"Women have suffered for so long" says Antony Hegarty. "And we need to support each other"

ANTONY HEGARTY is a very persuasive man. He rarely smiles, he doesn't crack jokes, but there's something about that whisper, which at first sounds cool ...