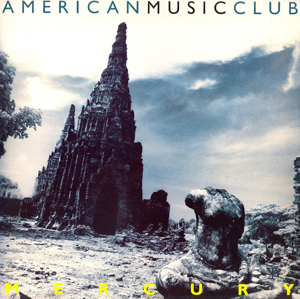 IF YOU’VE EVER walked down a big city street and narrowed your vision to exclude everything except the garbage, savouring the contradiction between wealth and ...

MARK EITZEL, OF American Music Club, a self proclaimed 'fuckin mess', a man who's spoken before of being 'doomed to sing' and living in terror ...

"ELEKTRA WERE GONNA give us a 300,000 dollar distribution deal through Frontier so we had full artistic control. Then they saw a video of an ...

MARK EITZEL, founding member of the American Music Club, stands before us accused of being "a melancholy angel of doom", a manic depressive with a ...

ONE SONG in, and the unthinkable appears to have happened. A young woman is dragged from the throng and placed on the stage, flat out ...

"I SAY A lot of stupid things," Mark Eitzel stares directly into Boy George's eyes and for a moment is very sombre. ...

"EIGHT MONTHS AGO nobody would pee on us," says Mark Eitzel, singer, songwriter and acoustic guitarist for San Francisco's American Music Club. "And now people ...

Yup, Sultan of Sorrow and Mr Low Self-Opinion Mark Eitzel of American Music Club — arguably the most exquisitely miserable band on the planet — ...

MARK EITZEL sounds very chipper – not at all the lugubrious character that comes across in his songs. With the release of American Music Club's ...