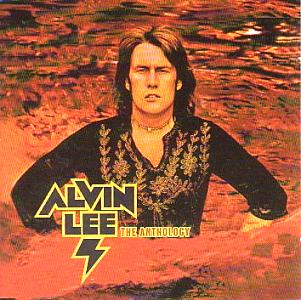 The ex-Ten Years After guitar wrangler talks about his new album, Still on the Road to Freedom; no longer being the fastest guitar player in the West; memories of playing with Scotty Moore and Jerry Lee Lewis, and how Woodstock took him out of the small halls he preferred.

Alvin Lee and Mylon Lefevre: They'd Rather Do It Themselves

Alvin Lee: On The Road To Freedom

TWO OFTEN UNPERSUASIVE musicians have combined to make an album better than any of their past work. Alvin Lee and Mylon LeFevre may have always ...

CLAP YO' hands and stomp those feet, here's some funky music, you can't beat. ...

ALVIN LEE is a deceptive character. He's never really worked at making his presence felt in the way Rod Stewart or Elton John have done, ...

LONDON – Alvin Lee is on the road again, and this time he's not going home. ...

ALVIN LEE is getting into self-sufficiency. Along with many fellow Britons, alarmed at the daily news, he is determined to make full use of the ...

BRITISH BLUES has always been a workmanlike form, as much a job as a pleasure. Alvin Lee is smart enough to realize this, and having ...

Is There Life After Rock Guitar Godhead?

ALVIN LEE HAD reached the pinnacle of rock guitardom. Of course, by the time Woodstock was over, his "I'm Going Home... by helicopter" histrionics would ...

This tribute piece is based on an interview conducted on the release of Alvin's 2012 album Still on the Road to Freedom, a sequel of ...