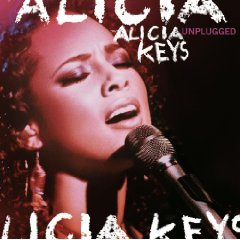 Alicia Keys: Songs In A Minor

Report and Interview by Ian Gittins, The Guardian, 2 November 2001

Stevie loves her, Oprah's after her and Prince is always on the phone. As Alicia Keys prepares to storm the UK charts, Ian Gittins meets ...

It's a long way from New York's 42nd Street to the 44th annual Grammy Awards. But after seven years of juggling Harlem street life, fractious ...

Profile and Interview by Nicholas Jennings, Inside Entertainment, Summer 2002

SHE HAS THE hooks and the looks – and depth and diversity too. Barely out of her teens, Alicia Keys may be the most sophisticated ...

FOR ALL THE international superstars and great songs latter-day R&B's spawned, its tally of indispensable albums is shamefully low. ...

AT THE TOP OF THE POP WORLD these days, it’s hard enough to find an artist who can sing well without the aid of ProTools. ...

She bodied the sophomore jinx in one week, proving that ALICIA KEYS ain't goin' nowhere no time soon. Walk with the New York songbird through ...

The Ascent Of Alicia Keys

A family death hit her hard but Alicia Keys found inspiration to go on — on top of the Great Pyramid ...

Alicia Keys: As I Am

THERE HAS to be a point where the wheels come off Alicia Keys' wagon. No one can be that good at everything. ...

The Girl's On Fire: Why Alicia Keys Is Such Hot Poperty

Alicia Keys is red hot right now: Prince wants to be her towel roadie, Dylan wrote a song about her, and Halle Berry head-hunted her ...

SHE WRITES all her own songs, can play them live and has never been seen emerging from a club looking the worse for wear. Alicia ...

Review by Caroline Sullivan, The Guardian, 26 May 2010

HOOKING UP with Jay-Z for 'Empire State of Mind' has elevated Alicia Keys to a level of stardom where it will no longer do to ...

IT MIGHT HAVE been the single greatest gathering of talent for a rock show – or it might just have been, as Mick Jagger put ...

Raised in Hell's Kitchen and classically trained, Alicia Keys was a teenage musical misfit who tried her best "to be a boy". Over a decade ...

Alicia Keys: I want to make sure all the issues about race are addressed

Profile and Interview by Kate Mossman, The Guardian, 6 November 2016

AT A HOME TOWN LAUNCH for her new album, Here, the New York singer-songwriter talks about the US election, Black Lives Matter and modern family ...