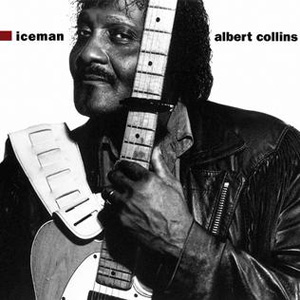 CONFESSION: WHEN it comes to blues I don't know shit from sugar. But I know what I like. Albert Collins hails from Texas, cut his ...

IN THE game of guitar-hero one-upmanship during the blues boom days of the mid-late Sixties, Albert Collins' was the name to zap 'em with. Through ...

LADIES AND gentlemen, it's showtime for the blues. Which means that everybody in the band gets a solo and the crowd get a chance to ...

Profile and Interview by Mike Atherton, The Wire, September 1987

Our blues section opens with a profile of the man who put a chill on the heart of the music. ...

Profile and Interview by Mike Atherton, The Wire, September 1987

Our blues section opens with a profile of the man who put a chill on the heart of the music. ...

ALBERT COLLINS' CAREER has been on the upswing since he signed with Alligator Records in 1979 but the veteran blues guitarist has shifted into overdrive ...

Albert Collins Puts The Blues On The Map

THE MASTER of the Telecaster. The Ice Man. The Houston Twister. The Razor Blade. Those are just a sampling of the titles that have hung ...

ALBERT COLLINS WAS ROUGH. THAT'S ROUGH AS IN 'NICE 'N' rough', as opposed to 'mean 'n' rough'. He demonstrated the difference to perfection a couple ...