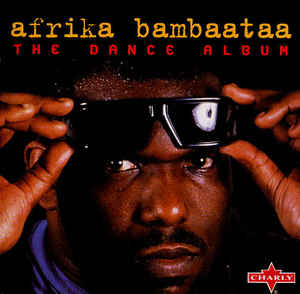 The hip-hop and Electro Funk pioneer talks about the Zulu Nation, Shango, Soulsonic Force and more.

The "Master of Records" tells the story from the first parties in the Bronx River Projects throught to 'Planet Rock' and beyond: Kool Herc and the breaks; gang culture and the Zulu Nation; hip hop's Jamaican roots; Kraftwerk, and Bam's eclecticism; the evolution of the MCs, and the downtown-uptown connection.

Bucking the Bronx with the B-Boys

ALREADY WRITTEN about in rival publications but well worth another mention here to remind you of their greatness. ...

Afrika Bambaataa: Bambaataa Of The Bronx

The Grandmaster of hip hop lectures Mark Cooper on the meaning of the Funk ...

WHAT DO you think of when you think of James Brown? A stretcher case raddled with emotional pain dragging himself back from endless encores of ...

THE CABBIE, waiting in the foyer, hadn't been too impressed. Now it was different when Demis Roussos and Johnny Mathis played here. Sounded just like ...

Leader of the Zulu Nation. Godfather of hip-hop. Overlord of funk. Black youth guru. Creator of the most influential record of the Eighties. All this ...

Out of the subway and into the charts, hip hop is stronger than it's ever been, with dazzling new talents like LL Cool J and ...

This week Vibes hops across to the Emerald Isle to hook up with one of the founding fathers of modern dance, the fabulous ARTHUR BAKER ...

Who Put The Bleep In The Boom-Chi Bleep?

PAT BLASHILL TRACES THE HISTORY OF ELECTRO, THE UNSUNG SOURCE OF RAP, TECHNO, AND TRIP-HOP ...

HIP-HOP'S PAST and present converged at the El Rey Theatre on Thursday, and the results were predictably erratic. The first act, Slum Village, is a ...

Report and Interview by Paul Lester, The Guardian, 27 October 2015

The pair remember two influential generations of hip-hop dance parties ahead of being honoured next month for their contributions to New York City's club scene. ...